The Bluffer’s Guide to Dogs

Instantly acquire all the knowledge you need to pass as an expert in the world of canine canniness. Never again confuse your BARF with your bite, your BAER with your bark, or your British bulldog with your Bavarian boarhound. Bask in the admiration of your fellow dog lovers as you pronounce confidently on the evolution of the family known as Canidae and hold your own against the most dogmatic of self-professed dog professionals.

Written by experts and offering readers the opportunity to pass off appropriated knowledge as their own, the Bluffer’s Guides provide hard fact masquerading as frivolous observation in one witty, easy read.

“Male dogs are not known for taking a responsible approach to parenthood.”

“Growling can mean enjoyment, especially if it involves playing tug-of-war with the cat next door or a human limb.”

“How many people would still be languishing at the bottom of mine shafts if it wasn’t for Lassie?”

At the age of 14, Simon Whaley wrote to the playwright and author Alan Bleasdale to ask his advice about becoming a writer. ‘Don’t’, replied Bleasdale. ‘Become a brain surgeon instead. It’s easier.’

Fortified by these encouraging words, Simon went to work for Barclays Bank for eight years, followed by a stint in local government. None of these career paths led to an obvious future as a writer, or even as the bestselling author of a number of books on dogs, but he got there eventually.

His literary pedigree includes One Hundred Muddy Paws for Thought, and One Hundred Ways for a Dog to Train Its Human.

"An amazing amount of solid fact disguised as frivolous observation."

Find out how long the relationship between man and dog has subsisted, and why the dog is the only animal to take instructions from another species as if it were its own. Or is it the other way around? 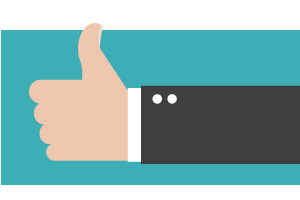 Dogs are a great way to meet lovely men and women in a park without getting arrested — so what are you waiting for? Walkies? A biscuit? Buy the damn book!