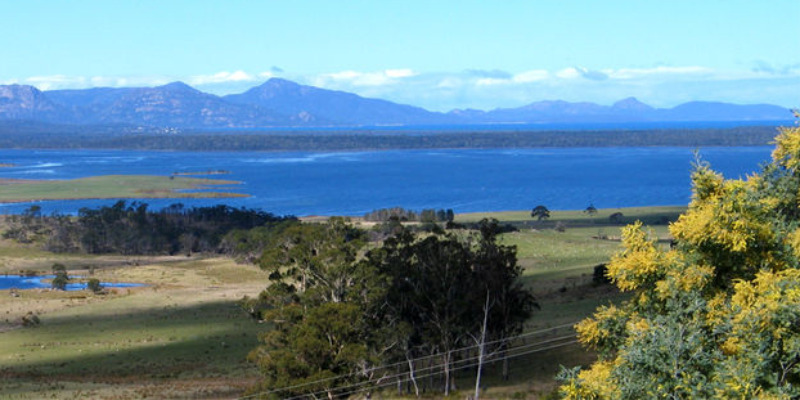 The Bluffer’s Guide to Tasmania

Overlooked for years by Australia’s tourism industry, and once shackled to its penal past, the so-called ‘island at the end of the world’ has emerged as one of the world’s most fascinating destinations. Tasmania really is on the edge of the inhabited world – Latitude 42S, Longitude 147E. In plain English, this island (about the size of Ireland) is 150 miles south of the Australian mainland, with nothing between it and Antarctica but over 3000 miles of Southern Ocean. They get some rough weather down there, with big seas churned up by the Roaring Forties tearing in from South America.

Is the weather as bad as it sounds?

During their summer season, between late October and April, it’s remarkably like home.  It’s a temperate climate, which bluffers should know means one which doesn’t have extremely hot or extremely cold temperatures.

So what’s the point of travelling halfway around the world for more of the same?

Did we mention its unspoilt, rugged, natural beauty? When the island applied for UNESCO World Heritage status, it met seven out of ten of the criteria for selection. That’s more than any other World Heritage site including the Pyramids, the Serengeti, Machu Picchu, and Venice. Tasmania now has 19 vast national parks, the majority of their landscapes still as Nature designed them. Point out that nearly 40 per cent of the island is protected wilderness.

But what if I’m not an outdoors type?

Say that it doesn’t matter. Even if you don’t get out of the car, bus, boat or seaplane (there’s no rail network), visitors will be beguiled by the sort of scenery which simply beggars belief. In large parts of the island it is possible to believe that this really is what the world would look like without the interference of man. It is, as the World Wildlife Fund described it: “a world beyond human memory.” That’s the sort of phrase all bluffers should drop into any conversation about Tasmania.

Surely there must be some bright lights?

Don’t imagine it’s all wilderness. Hobart, its vibrant capital, is home to nearly a quarter of a million people, and was recently voted the third most photogenic city in the world by Lonely Planet guidebook readers. Back in the 1960s and 70s, thankfully, there wasn’t the will or the finance to demolish the elegant old waterfront to make way for the sort of towering apartment blocks soaring skywards throughout Australia. So you can state with confidence that Hobart retains a higher proportion of historic buildings (most of them built by convict labour) than any other state capital in the country. The result? Its architectural heritage of sandstone Georgian warehouses is not only safely intact, but now restored and redeveloped as a fashionable creative quarter with studios, galleries, cafés, ‘art’ hotels, and some of the best restaurants in the country.  In the residential areas you’re more likely to find pastel-painted Victorian villas dotted up the hillside with their pretty lattice-edged verandahs. If it wasn’t for the ubiquitous corrugated iron roofs, you could be mistaken for thinking you were in Lyme Regis or Bridlington-on-Sea.

You will need to know about MONA (the Museum of Old and New Art) one of the world’s most innovative (and infamous) private museums, built on three levels underground just outside Hobart, and described as a ‘subversive adult Disneyland’. Some of the exhibits

have to be seen to be believed. And then you still won’t believe them. The Human Defecation Machine anyone?

Commit as much of the following as possible to memory: It was separated from the mainland 10,000 years ago when sea levels rose, making its aboriginal people completely isolated from the rest of mankind – longer than any other humans in history. It didn’t do them much good. They were all but wiped out by disease or the bullet when Europeans arrived in numbers in the 18th century. Tasmania was originally known as Van Diemen’s Land, after the governor of the Dutch East Indies who commissioned the first exploration of the Southern Ocean in 1642. James Cook arrived in 1777 and the first British settlement took root shortly afterwards. By popular consent the colony’s name was changed to Tasmania in 1856 in recognition of the Dutch explorer Abel Tasman, the first European to land on its shores over two centuries earlier. Islanders felt that the original name had too many negative connotations as the location of the world’s largest penal colony. Now colloquially known as ‘Tas’ or ‘Tassie’, the island became a full Australian state in 1901.

Why is Tasmania suddenly on the world tourism map?

The rest of Australia has finally woken up to the fact that it has an abundance of natural beauty on its doorstep, and has at last stopped thinking of Tassie as a peculiar backwater full of knuckle-dragging hicks. It now ranks in the official top 5 of the country’s top tourist attractions, up there with Sydney and the Great Barrier Reef. That’s a significant step forward when you consider that as recently as the Sydney Olympics in 2000 the island was left off the Australian map in some of the official literature.

What is there to see?

A lot. You’ll want to mention Strahan (pr.’Strawn’), a charming fishing village on the far west of the island. Its enormous natural harbour is over six times the size of Sydney’s. From here take a cruise down the serene Gordon River, deep into the heart of the rainforest, or a seaplane which will take you on the same journey.  Then there’s Cradle Mountain National Park which will introduce you to a unique wilderness experience from the comfort of a luxury lodge. You might also want to recommend some of the old railway towns like Queenstown, more Wild West than West Tasmania. And say that Launceston, the island’s second city and a showcase of Victorian architecture is certainly worth a detour.

How about legendary Hollywood actor Errol Flynn? His father was a biology professor at the University of Tasmania, and the famously priapic swordsman was born in Hobart in 1909.  20 years later he emigrated to England and after a brief and unsuccessful career as a tea planter in New Guinea he reinvented himself as an actor first in England and then in the USA.  In many ways the ultimate bluffer, he never had an acting lesson.

And don’t forget to mention former Aussie cricket captain Ricky Ponting, and that bloke with the mocking smile in The Mentalist.

You’ll need to know that the island is home to the world’s only carnivorous marsupial – the endangered Tasmanian Devil (which is actually quite endearing, except at feeding time.) Proportionate to its size, about that of a small dog, it has more powerful jaws than any other living mammal – exerting a bite force of 1,220lbs.

And then of course you’ll need to lament the fate of the Thylacine (otherwise known as the Tasmanian Tiger). The largest known marsupial carnivore, it was hunted to extinction and the last known survivor died in Hobart Zoo in 1935. But in 1982 a wildlife officer claimed to have spotted one.  A majority of Tassies believe it is still in existence and hiding deep in the impenetrable rainforest.

You might want to talk knowingly about avoiding Huntsman spiders. They can grow to the size of the human hand and are very hairy (but quite harmless and less common than on the mainland).

And on the subject of avoiding things, not for nothing is Tasmania known as the roadkill capital of the world. Flattened animals are a common sight, mainly because there are an awful lot of indigenous marsupials foraging between dusk and dawn on unlit roads. Nearly 300,000 animals are killed on Tasmanian roads annually.

If I only have time to talk wistfully about just one thing?

Make it ‘The Freycinet Experience Walk’. In the visitor’s book in the Friendly Beaches Eco Lodge there is an entry from British writer Nicholas Shakespeare stating simply: “This is the most beautiful place on earth”. He was describing the Freycinet Peninsula, a 22 mile long peninsula jutting out into the Tasman Sea, with deserted white sand beaches lapped by iridescent turquoise waters. Here you might not see another living soul except albatross, sea eagles, pelicans, black swans, and wallabies which hop up to join your picnic. You might point out that there are very few places left like this anywhere, especially Wineglass Bay  – one of the world’s most beautiful and unspoilt beaches.

One of the world’s most terrifying waves (and therefore very popular with machismo-fuelled surfers) is found south of Hobart. It’s called, rather appropriately, Shipstern’s Bluff. You’ll need to acquaint yourself with the Bluffer’s Guide to Surfing to pronounce authoratively on how many times you’ve ‘conquered’ it. But for now it’s enough to know it’s there.

DO SAY  They’re awfully green down there. Did you know that Tasmania had the first ‘Green’ party in the world, the first share in a coalition government, and in 2002 it recorded the highest vote for a Green party anywhere.’

DON’T SAY  ‘Is the penal colony still taking in guests?’ 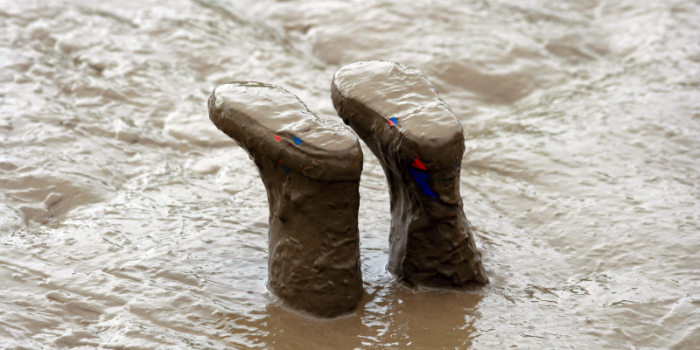 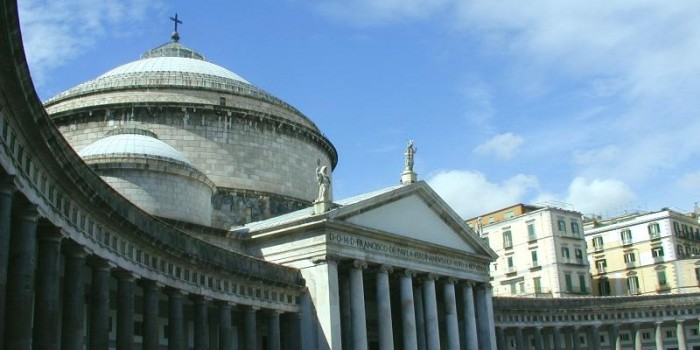 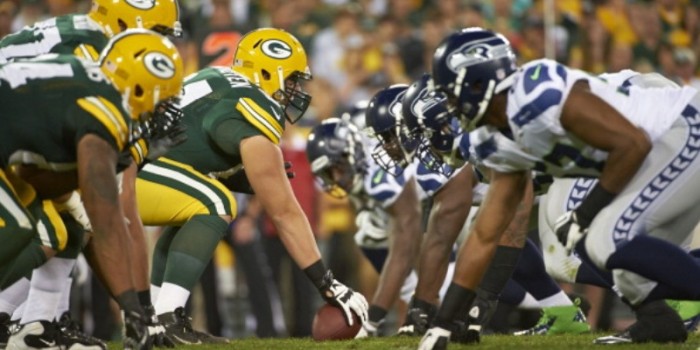 Bluffer’s Guide to… the NFL

Your First Time at Wimbledon